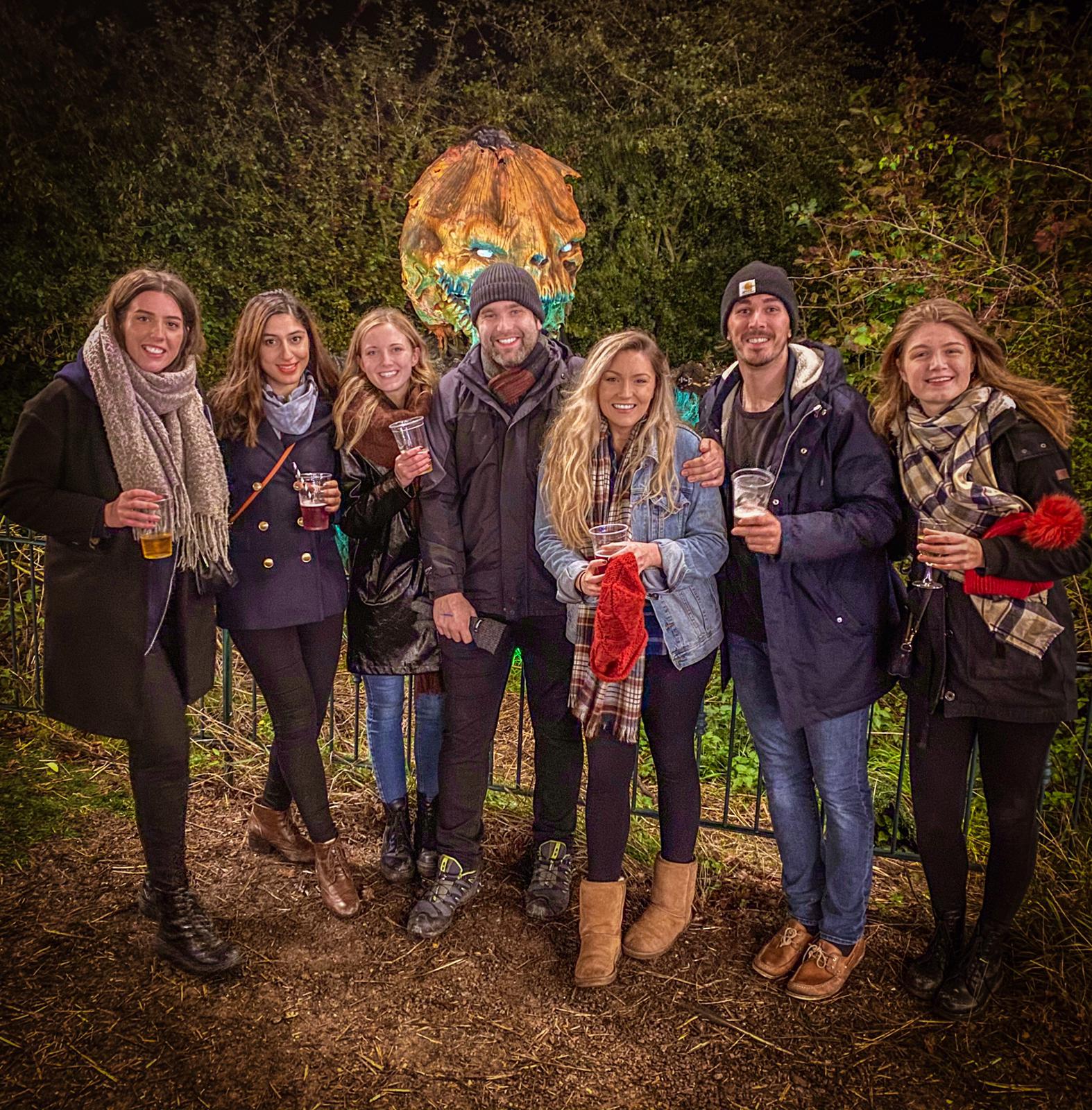 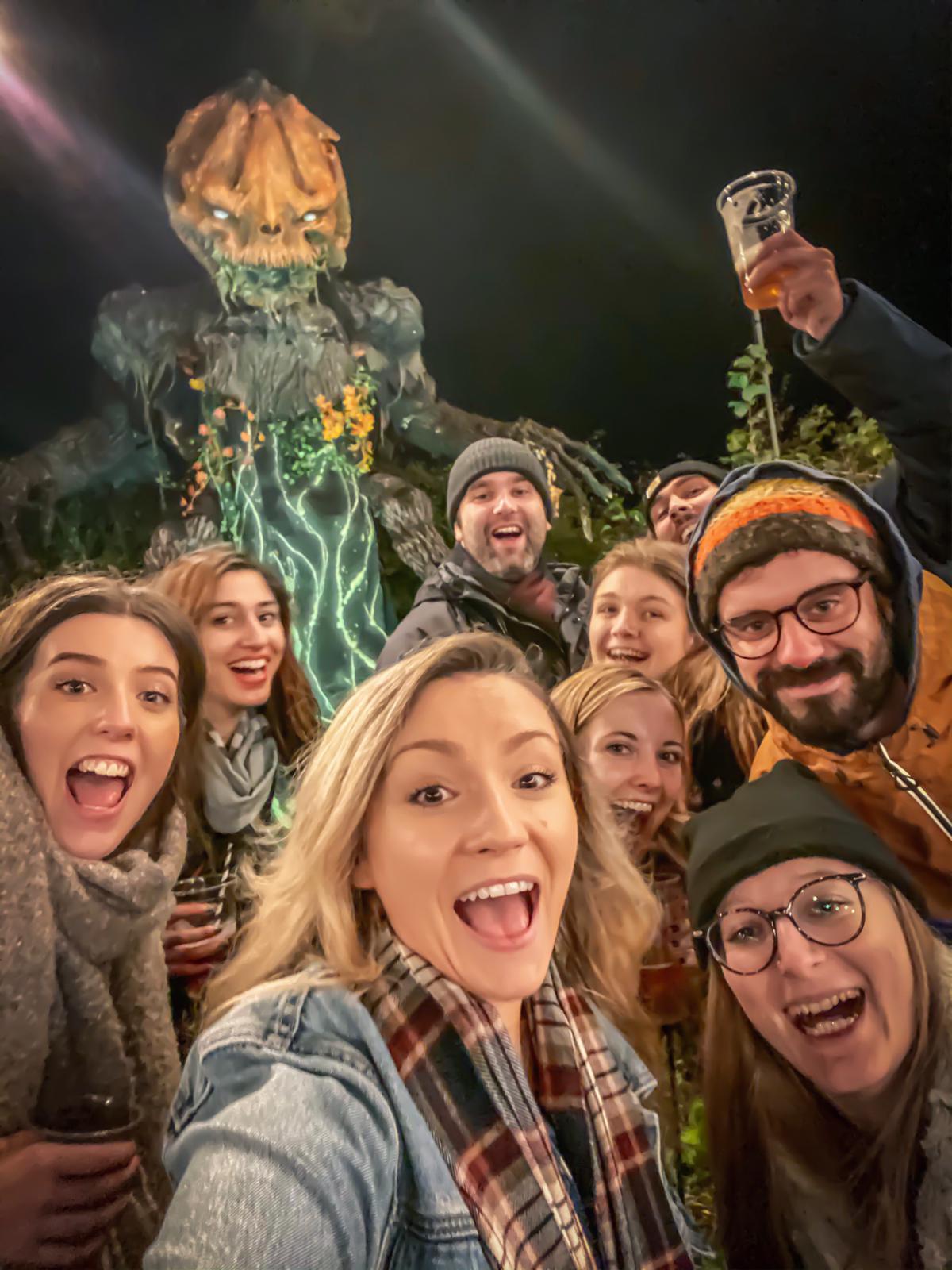 We love any excuse for a team trip here at Moreton Reynolds. Since it was the spookiest time of the year last week, we decided to head to the UK’s number 1 Halloween attraction - Xtreme Scream! ?

Dubbed the ‘UK’s best scream park’, it’s safe to say those of us who hadn't previously paid to be terrified were just that - terrified! After work one Friday, we made the 1 & 1/2 hour trip East and, after calming the nerves with a McDonalds pitstop, arrived at Twin Lakes Theme Park.

The premise is fairly simple. There are 5 seriously ‘haunted houses’, each with a different theme followed by a spooky circus show to finish. You enter and work your way around a fully immersive maze, filled with live actors and some pretty impressive animatronics, all designed to frighten the living daylights out of anyone brave enough to enter!

We found a suitable spot to leave Hannah (who had opted for a ‘chicken ticket’) in the warm with her wine glass full, making friends and enjoying the band, who were attempting to soundtrack the evening over the howling wind and occasional downpours.

The first of the haunted houses the rest of the team entered was ‘The Pie Factory’ - appropriate given the proximity to Melton Mowbray ?! As we worked our way through ‘Moma Hog’s Chop Shop’, we quickly realised just how intense this place is. Dan, Liv, Dips and Becky managed to get split up from the guys in front, but managed to just about squeeze out in one piece. Or at least they thought they had. Seconds after celebrating their successful escape, a giant pig-zombie-thing lurched towards everyone while revving a bloody chainsaw - prompting Dan to literally run for the bar!

After regrouping and enjoying a round of rum-fuelled dutch courage, we realised just how much fun we were all having. Despite some minor, initial reservations, it turns out being professionally scared is actually pretty hilarious and definitely makes for a great Halloween team trip.

The rest of the evening consisted of exploring the rest of the attractions with the occasional pint thrown in for good measure. Next up was ‘The Village’, followed by: ‘Stilton Hall Hotel & Hell Spa’, ‘Hoodoo Voodoo’, ‘Ash Hell Penitentiary’ and the spooky circus to finish.

‘Hoodoo Voodoo’ was one that a few members of the team had been particularly dreading. You’re handed a black hood as you queue and told to pull it over your head once you enter, leaving you totally blind, with just a guide rope to direct you. Oh, and it’s the only attraction that gives you a warning as you enter about just how intense things are about to get!

After a good 10 minutes of ducking, dodging, squeezing and trying to blindly follow the guide rope, our hoods were ripped off by the enormous Voodoo Queen! This was definitely one of the best attractions there, but by this stage we were fully battle-hardened and everything was an awful lot of fun rather than actually scary.

Last but not least was the circus. We just about managed to sprint across the park in time for the final show of the evening and weren’t left disappointed. From insane clowns running around with chainsaws to some mesmerising arial acrobatics, it was a great way to finish the trip off…even if one of the performers did very nearly end up causing some serious extreme screams after attempting (and very nearly failing) to use a skipping rope whilst balancing 20m in the air!

All in all, Xtreme Scream was the perfect team trip out before the madness that is the festive period! Now, we’re super excited for the Get A Head ‘Step Into Christmas Ball’, which will be our next team outing at the end of November!